You may have heard of the watch brand Daniel Wellington. In 2011, the founder of the Swedish brand, Filip Tysander, opted to forego conventional celebrity sponsorships. Instead, he came up with a unique marketing strategy to announce his new company.

He chose relevant Instagram influencers and gave them Daniel Wellington watches. He urged these influencers to use the hashtag #DanielWellington when they uploaded images of the watches on their Instagram accounts.

Every influencer was given a unique promo code that they could include alongside their posts to give their followers a discount, prompting them to buy Daniel Wellington watches.

Tysander now had access to a wealth of user-generated content that could be used as real-world testimonials. With the help of Instagram influencers, he was able to grow Daniel Wellington into a $220 million business.

Tysander’s use of Instagram was a masterstroke. Remember, this was 2011 – yet he chose a social media platform relevant to his target demographic – young and creative individuals.

Word spread fast. Tysander’s plan was working – it drew even more fans to the brand, and Tysander started seeing conversions. The company gained 1 million followers in its first year and today has 4.8 million followers on Instagram. Over the past decade, millions of companies worldwide have followed Tysander’s example.

Before the update, around 70% of iPhone users shared their IDFA with advertisers through apps, which allowed advertisers to track users and their preferences. However, today only 13% of users worldwide and 5% of users in the US share their IDFA.

Besides, the cost per thousand impressions (CPM) on Facebook and Google has become more expensive, and advertisers are emptying their pockets while fighting a losing battle to reach the consumer. For this reason, advertisers are moving to influencer marketing over traditional advertising methods.

Influencers tend to forge closer relationships with their followers, leading to higher conversion rates for brands that market through them. The success of influencer marketing will lead brands to spend a whopping $16.4 billion in 2022 on influencer marketing.

The rise in video marketing and social commerce

Video marketing has grown rapidly in recent years – with 92% of marketers considering video an important part of their marketing strategy.

Videos have been found to get more engagement than photos on social media, depending on your audience. While a mix of both is considered the best route to follow, marketers see photos as content that can be consumed in a few seconds before the viewer moves on.

On the other hand, videos urge viewers to pause and pay attention to the information, resulting in more clicks and conversions. As a result, video advertising on mobile has greater click-through rates.

The rising popularity of short video formats like Instagram Reels, TikTok, and YouTube Shorts and the impact of the global pandemic on consumers, which boosted social media consumption, has contributed to the growing trend of video marketing.

Another thriving industry is social commerce, which is the process of selling products directly on social media. Social commerce is no longer limited to advertising.

Users can now make purchases without leaving an app, making the buying process easier. The complete shopping experience – from discovering a product to paying for it – takes place directly on a social media platform.

According to a study by PR Newswire, worldwide social commerce sales totaled $89.4 billion in 2020 but are predicted to multiply sixfold by 2027, reaching $604.5 billion in total value.

The importance of micro-influencers

Many companies – especially smaller businesses – tend to choose micro-influencers over macro-influencers for their marketing campaigns. Despite having fewer followers than macro-influencers, their followers are more engaged and willing to take action. This is because they possess the characteristics that today’s consumers prize: honesty, relatability, and credibility.

As companies become increasingly cautious about fake influencers, a number of marketing teams have started planning and executing campaigns in-house. This helps safeguard the brand image and guarantees campaign effectiveness.

Find authentic influencers you can trust

Going through thousands of influencers, identifying the right ones, reaching out to them, and coordinating with them for a single Instagram post can be tedious.

There are up to 38 million influencers on social media. Even if you find the right one for your brand, measuring that influencer’s impact on your sales is almost impossible – not to mention the number of fake influencers and bot accounts out there.

Outfit is an end-to-end influencer marketing platform enabling marketing teams to identify influencers who are likely to drive the highest conversion and communicate with large numbers of micro-influencers easily. We let you manage your marketing campaign, payments and report on the great results all in one place. 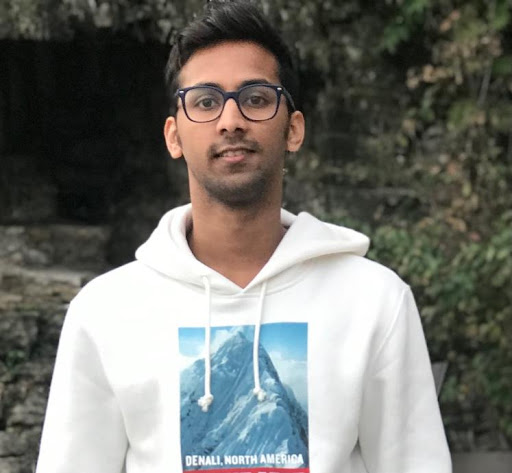 Akshat Biyani is a freelance writer based in London, UK. After completing his finance degree from Warwick Business School, Akshat worked as an analyst for several venture-backed start-ups.